I originally had two more parts to this hybrid workflow thing planned (and one of them was almost finished and did indeed accidentally go live for about an hour or so), but that was when I was writing them in something approximating real-time; now that I’m way farther ahead in the process than where I was as I was originally writing, I’ve decided to just quickly wrap it up with some observations. I’ll share some basic comparisons and conclusions here, and then in the future I’ll talk a bit more about the learning curve I’ve been experiencing and the overall process. Also note that I’ve since upgraded my printer to the Epson WorkForce 1100, which is essentially the same printer I had before but can print up to 13″ wide.

Introductory ramblings aside, a quick comparison: 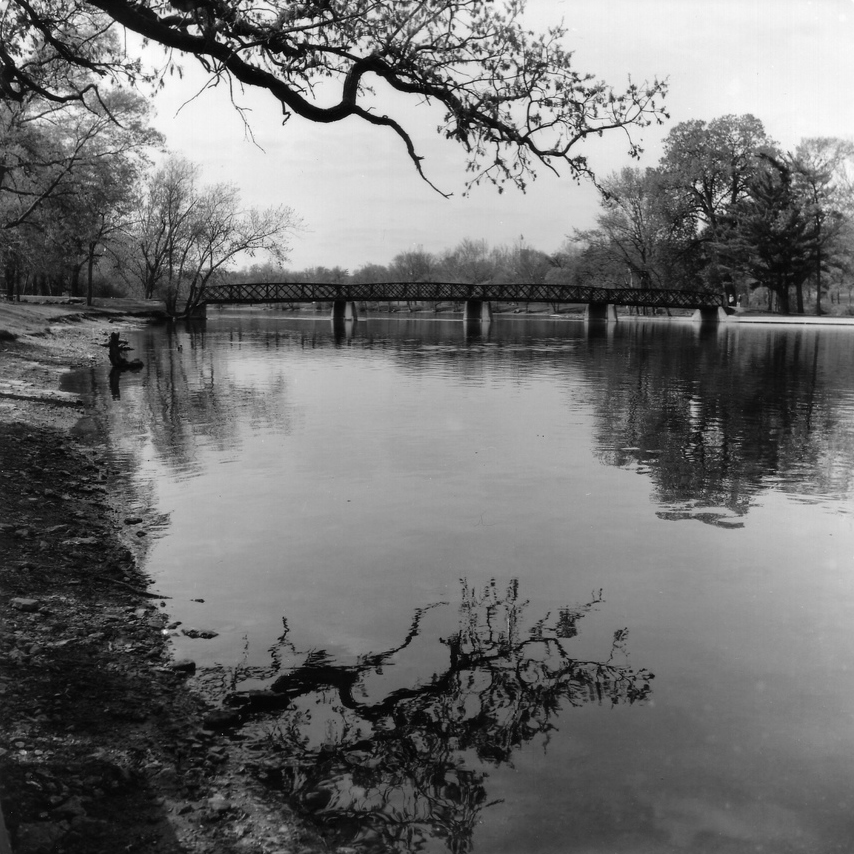 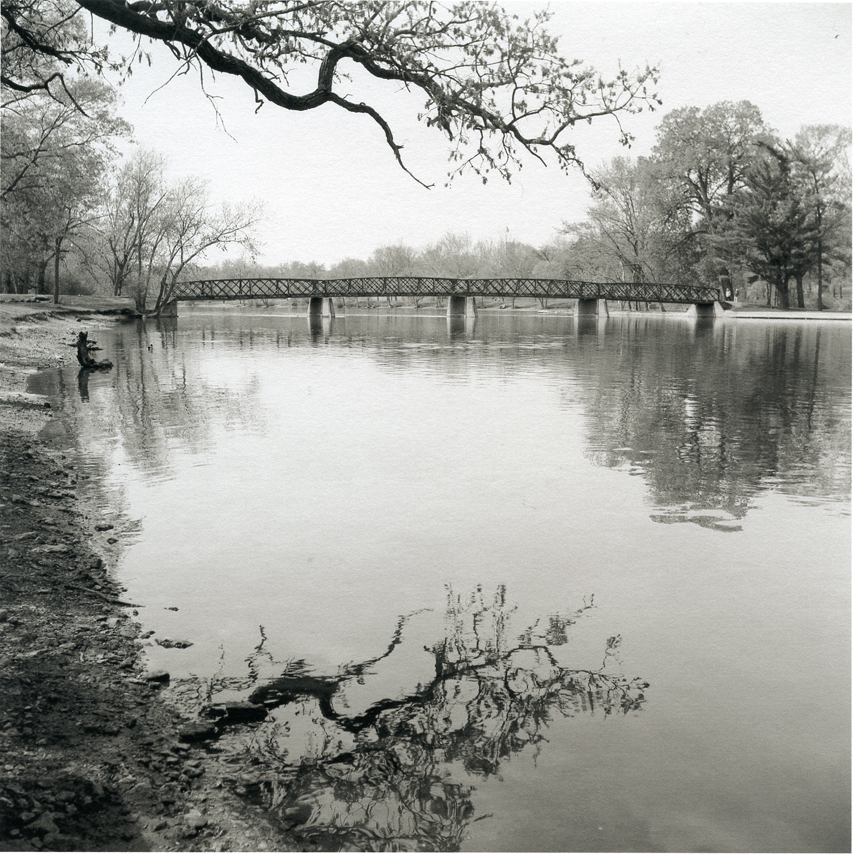 First, let me say that these are quick-and-dirty scans. This isn’t an overly precious comparison, just a quick illustration to give a ballpark of the differences. The silver gelatin print was optically printed from the negative on Arista Private Reserve multigrage RC paper and then scanned at 300 dpi. The carbon on cotton print was created from a 3200 dpi scan of the original negative and then printed out on Arista II Fine Art Cotton paper, which isn’t even the best paper that I have. Also note that the print on this paper isn’t quite as warmtone as the scan makes it look; I’m just being lazy.

Aside from the warm tone (which I believe I mentioned that I’m a proponent of), the carbon on cotton print has way more detail and tonal range (which speaks a bit more specifically to my seriously atrophied darkroom skills than probably anything else), and it took me way less time to do. And, most importantly to me, it looks like a photographic print. When looking at it, it doesn’t even register to me that it was printed from a computer and not in a traditional wet darkroom. From a viewer’s perspective, the “how” has been rendered irrelevant; you see film grain in these prints before you see pixels.

Now I’m not saying that digital darkroom is better than a traditional wet darkroom, or that carbon on cotton prints from an inkjet are better than traditional silver gelatin prints. If I was a master printer I probably wouldn’t have bothered to give hybrid a shot, and there’s something absolutely fucking magical about a silver gelatin print that can’t be replicated anywhere else.

What I am saying is that for my own photography, a hybrid workflow makes much more sense. I’m far better in Photoshop than I am in the darkroom, and the output quality and output options have progressed to the point where I can make a far better print much quicker than I can in the darkroom.

Speaking of which, it’s time to get back to spotting dust from my negative scans. I’ve chosen four pictures to submit that juried show I mentioned yesterday; now I have to get them clean enough to make prints from. After almost a hundred years of technological innovations and even with all of these fancy-pants new digital scanning and printing options, dust is still the absolute fucking bane of the photographic printmaker. Some things never change, I suppose.