An Oral History of Powerviolence 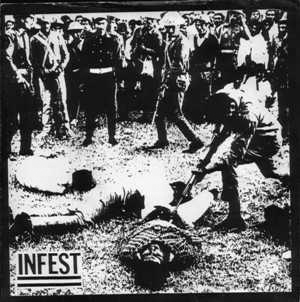 Stumbled across the link (it’s a few years old at this point) while researching some Bacteria Sour info. It’s from Gasp’s Myspace page.

An Oral History of Powerviolence

I should say that I’m listening to Spazz’s La Revancha as I type this. I haven’t listened this record in years, and somehow managed to forgot how batshit fucking crazy (and totally awesome) it is. I still remember when Spazz played the Fireside back in ’97. It was better than Christmas. I think Charles Bronson, Suppression, Asshole Parade, MK Ultra and maybe Pretentious Assholes all played, too. It was some serious shit.