I’ve been having a heck of a time matting prints. My new, super-fancy mat cutter doesn’t seem to be working properly (either that, or every single extra blade it came with is dull), so I’ve been using that to size down the 32 x 40 mats to the proper sizes, as well as to mark off where I’m cutting. Then I use my old Logan compact cutter to do the actual cutting. Except it took me a few tries before I realized that cotton rag mats are absolutely brutal on blades. In order to get clean cuts, I can make two cuts, flip the blade over, make the last two cuts and then throw the blade away. So with the cotton boards I’m getting a single board out of every blade. That sucks.

Historically I’ve always been down on Dick Blick. I mean, I’ll go there in a pinch, but their prices have never been particularly great. I was planning on ordering all of my mats online, and before I did so I wanted to practice so on a lark I went to Dick Blick’s website to see what they had available locally (and by “locally” I mean thirty minutes away in Wheaton). Surprisingly, their prices weren’t terrible (at least not on the supplies I was looking at) and when I went there with my mom to check it out, they even signed me up for their 10% off discount card. Almost every way I do the math, Dick Blick ends up being cheaper for the supplies that I need than any of the online places. While the online places tend to have lower prices on blank mats, you get absolutely soaked for shipping, so unless I’m ordering like 50 blanks at a time, it’s significantly cheaper to just buy them locally as I need them. Here’s a photo on my messy kitchen table of some prints I matted last night. They’re bagged with sleeves I also bought at Dick Blick (I’m still trying to source out cheaper ones online, but again, shipping this stuff sucks) and sitting in a portfolio box also purchased from Dick Blick. Have I mentioned that I’m pretty pleased with Dick Blick? I never, ever thought I’d say that. 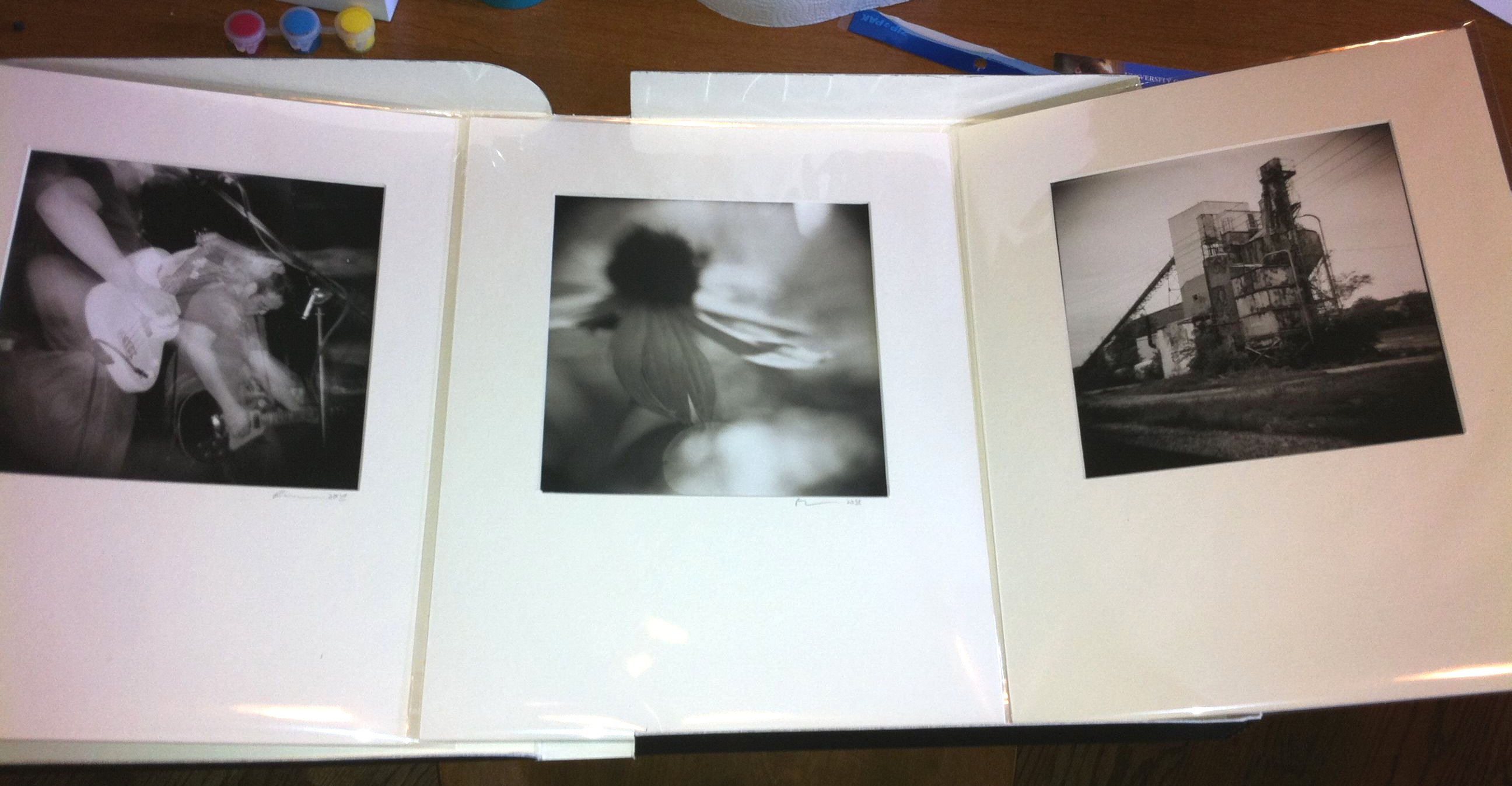 After numerous tests, I’ve finally decided that, at least for now, I’ll be making all of my non-work prints on Hahnemuhle Photo Rag Ultra Smooth. It’s a situation where I liked the blacks a bit more on Canson’s Rag Photographique, but found that the Hahnemuhle has better shadow detail, at least with what I could wrangle out of it. They cost about the same in general (though I got a pretty good deal on 8.5 x 11 and 13 x 19 paper at B&H, which should be here tomorrow). The Hahnemuhle also has a bit more of a warm tone to it than the Canson, and naturally prints a bit darker than all of the other papers I tested. I’m trying not to second guess myself, because having made a decision on this takes a huge weight off my shoulders. I’ll still be proofing with Arista II Fine-Art Matte paper, because it’s such an unbelievably amazing deal, but for the time being, Hahnemuhle Photo Rag Ultra Smooth is my guy.

Time to eat some breakfast.